Britain test observe Joe Marchant says his Super Rugby experience with the Blues helped free him up to the conceivable outcomes of playing on the wing.

Marchant, 25, made his initial imprint as a middle, making his England test debut off the seat against Wales in 2019.

However, in the wake of neglecting to make the Rugby World Cup crew that year, he took a vacation from his Harlequins club to spend the 2020 Super Rugby season with the Blues. 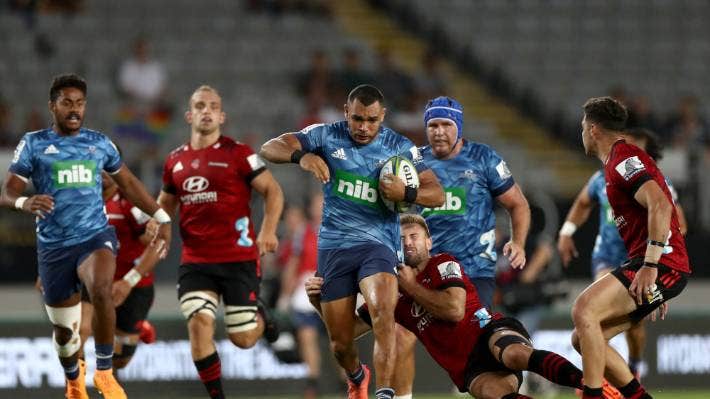 Right off the bat in his Auckland stay, he was sounded out with regards to the chance of playing on the wing.

“I hadn’t actually played a lot on the wing for Quins until I went there and when I was out there, in perhaps my most punctual discussion with [Blues coach] Leon MacDonald, it was particularly about playing at 13 and on the wing too,” Marchant told The Observer this week.

“To get that experience, when we went to South Africa my first game on the wing was against the Stormers. I got one more against the Hurricanes.”

Marchant, who was dazzled with the speed of Super Rugby, scored two attempts against the Stormers and timed up seven games for the Blues in a mission disturbed by the Covid-19 pandemic.

“Then, at that point, returning to Quins they saw that I could make it happen, it became adaptable and I wound up doing a few games on the wing for Quins and all the more routinely this season and the back finish of last. We have so many great players, we can all play in various positions. It’s all the more pretty much getting everybody on the pitch together.”

Marchant was reviewed by England for a November 2020 Autumn Nations Cup, falling off the seat to supplant Jonathan Joseph on the traditional.