The Fijian Drua have confirmed they won’t play any of their historic 2023 Super Rugby Pacific season in Fiji.

The Drua have been included alongside fellow expansion side Moana Pasifika in the new-look 12-team Super Rugby Pacific competition that will come into being next year. They are joined by the 10 established Super clubs from New Zealand and Australia.

However, Fiji Rugby chairman Conway Beg has announced the team will be based entirely in Australia for “at least” the inaugural 2022 season. He said the intention was for the team to return to Fiji for 2023.

“This was a difficult but necessary decision to ensure that our first season in Super Rugby was as disruption-free as possible in order to achieve our objectives,” said Beg. 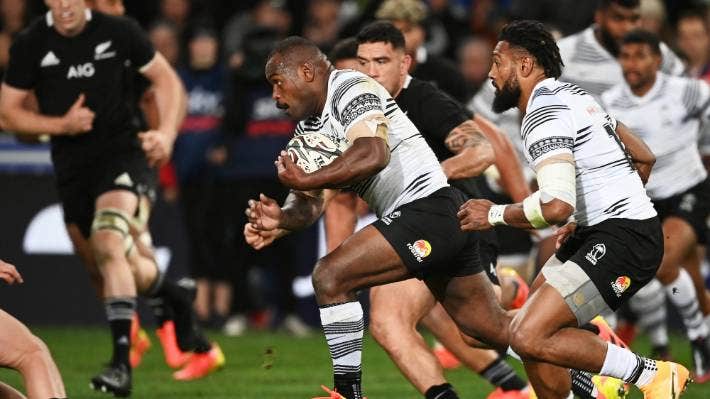 “We need to give our team every opportunity for success, and the uncertainty around restriction-free travel between Fiji, Australia and New Zealand as early as February 2022 due to Covid-19 was just too great a risk.

“For this reason, the Fijian Drua will be based in Australia for the 2022 season, playing their home and away matches in Australia and New Zealand.”

The Fiji union had signed its unconditional licence for the competition and Beg said, despite the reluctant decision to take the team offshore, it remained a “joyful day” for Fijian rugby supporters.

“It will be a sacrifice for our players, coaching staff and team management to be away from Fiji for the duration of the season,” he added. “But everyone realises the massive opportunity Super Rugby Pacific presents for our players and for the future of our XVs programme.”

The Fiji Rugby chairman said the plan was to eventually establish the Drua as a separate legal and commercial entity, with its own board of directors, management, and staff.

The union will now begin the process of putting a team together, with FRU commercial general manager Brian Thorburn seconded to act as the Drua’s interim CEO until 2022.

“Our bid team has been working very hard to achieve this long awaited dream of a place for a Fijian team in Super Rugby. We’ve got a lot of work ahead of us to be ready, and I’m both honoured and excited to lead that process,” he said.

Super Rugby Pacific will kick off on February 18 next year, culminating in an eight-team playoff series with the Super Rugby final on June 18.